Noumena, an innovative Barcelona-based group of engineers, designers, and architects, is investigating how artificial intelligence and robots might evolve and survive in our world through a recent (partially 3D printed) installation called “Robotic Habitats.” 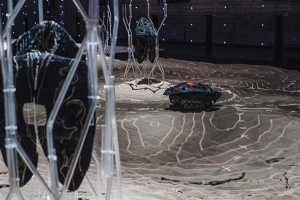 The exhibition, which is currently being presented as part of the 2017 Tallinn Architecture Biennale (TAB) in Estonia, illuminates a future reality where humans and AI forms cohabit and thrive. In this scenario, AI robots have evolved in order to survive without competing with resources necessary to human existence. These self-sustaining bots look an awful lot like insects.

“AI will attempt to improve its operating surrounding to not just survive but be self-sustaining, forming the basis of a civilization constrained at the intersection of nature and technology,” explained Noumena. “These emerging robotic organisms will begin to manipulate [their] environment, process resources and shape new habitats through symbiotic associations among the elements in it.” 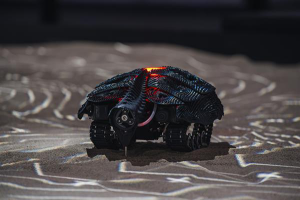 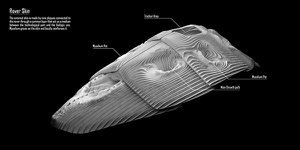 In other words, the AI robots of “Robotic Habitats” have created their own society, so to speak, and have evolved so that each type of robot can complete a specific task. They are all working together in a hybrid natural-technological world to survive alongside humans.

Understandably, the installation at TAB does not fully capture this narrative, though it does illustrate the idea in a creative and engaging way. 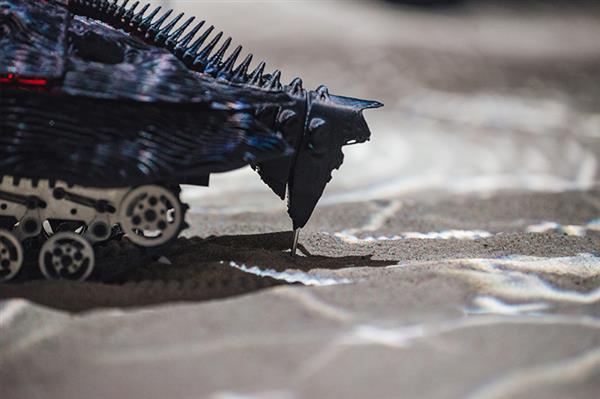 For the exhibition, Noumena has created a series of robots which integrate both artificial and organic components. The small rovers, which look like some sort of shelled alien insects, are powered by DC motors, an Arduino main board, and a Kinect motion sensor system which helps to guide them.

The robots’ grooved shells, which are made up of several 3D printed sections, serve multiple functions. First, the outer carapace protects the electronics inside the robot, and second, it acts as a “substrate for bacterial growth,” which effectively lets the robots grow.

At the back of the robot’s shell, a sort of spinal column is visible which contains an injection system that is used to release a mycellium mixture (a fungus-derived bacteria) into the robot’s environment. The spinal component itself consists of a peristaltic pump and a syringe containing the mycelium.

In the exhibition, the 3D printed robots are placed inside a 5 x 5 meter terrain filled with sand, where they roam and deposit the the mycelium bacteria. 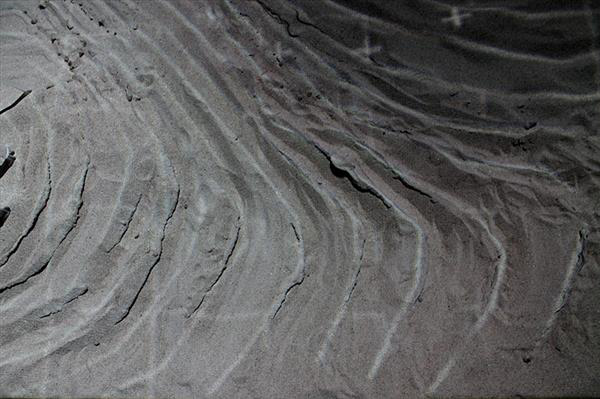 Noumena describes the effect: “As a result of this operation the sand aggregates around the mixture, generating a non-uniform network of lines and bacterias, shaping a new articulated landscape robotically manipulated. Overlap of multiple traces deposited into time and spread into space allow the emergence of a complex ecosystem hidden into the ground. A robotic habitat is just growing.”

Finally, there is a set-up of three columns which are there to collect the nutrients deposited by the robots in the sand and to spawn new AI rovers. The installation is meant to evoke the sense of a fully autonomous robot/organic hybrid world. 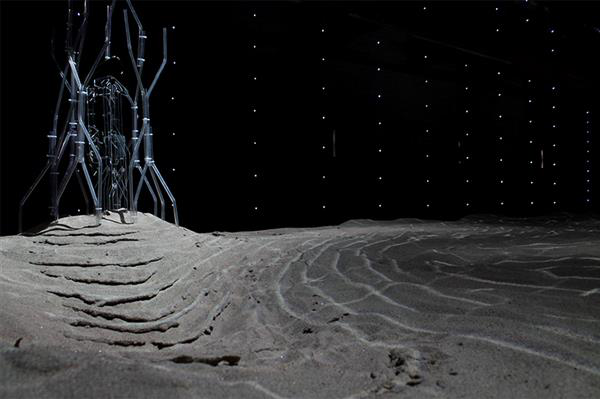 Ultimately, Robotic Habitats was conceived of and created to generate a discussion about the place of AI in our world. Evidently, Noumena believes that this future might look less like I, Robot and be more of a symbiotic existence.